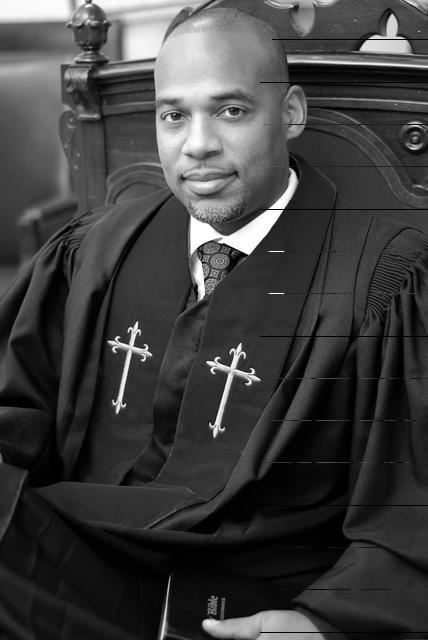 Clinton Miller was born in Brooklyn, New York. He earned a Bachelor of Arts Degree in History from Southern Connecticut State University.

Rev. Miller first felt the divine calling of the gospel ministry at the age of 19. He did not actively pursue the vocation of ministry until he was a seminarian at Yale University. Upon graduation from divinity school in 1994, he continued training for the ministry as an intern minister at Abyssinian Baptist Church in Harlem, New York City, under the guidance of Rev. Calvin O. Butts. Rev. Miller later became the youth minister.

In October of 2000, Rev. Miller was called to pastor Brown Memorial Baptist Church.

Since assuming the pastorate at Brown, Rev. Miller has applied the functions of traditional ministry to this community of believers. Through preaching, counseling and visitation, he has set a tone that will allow Brown Memorial’s vision to be realized.

Within his tenure at Brown Memorial, the church has built a fellowship hall, renovated its sanctuary and started a community development corporation. More importantly, it has placed an emphasis on ministry and service to the Brooklyn community and to New York City.

Rev. Miller has served on various boards including The Harlem YMCA and the The Bedford Stuyvesant YMCA. He also served as chaplain for the New York Liberty of the WNBA.

Rev. Miller was ordained by the American Baptist Churches and the United Missionary Baptist Association of Greater New York. He attempts to build his ministry around Christian concepts of fairness, justice and the development of genuine Christian community.